Kongreya Star and the PYD have promoted a hunger strike to support HDP Hakkari deputy and DTK co-chair Leyla Güven, fasting for 30 days in Amed prison.

fter 2 days of strike in Qamishlo, this time the action tent was set up in Çilaxa district, where a new hunger strike will begin.

Photos of Kurdish People’s Leader Abdullah Öcalan, PYD and Kongreya Star flags were put up in the tent while 70 people from Til Koçer and Çilaxa joined the solidarity hunger strike. 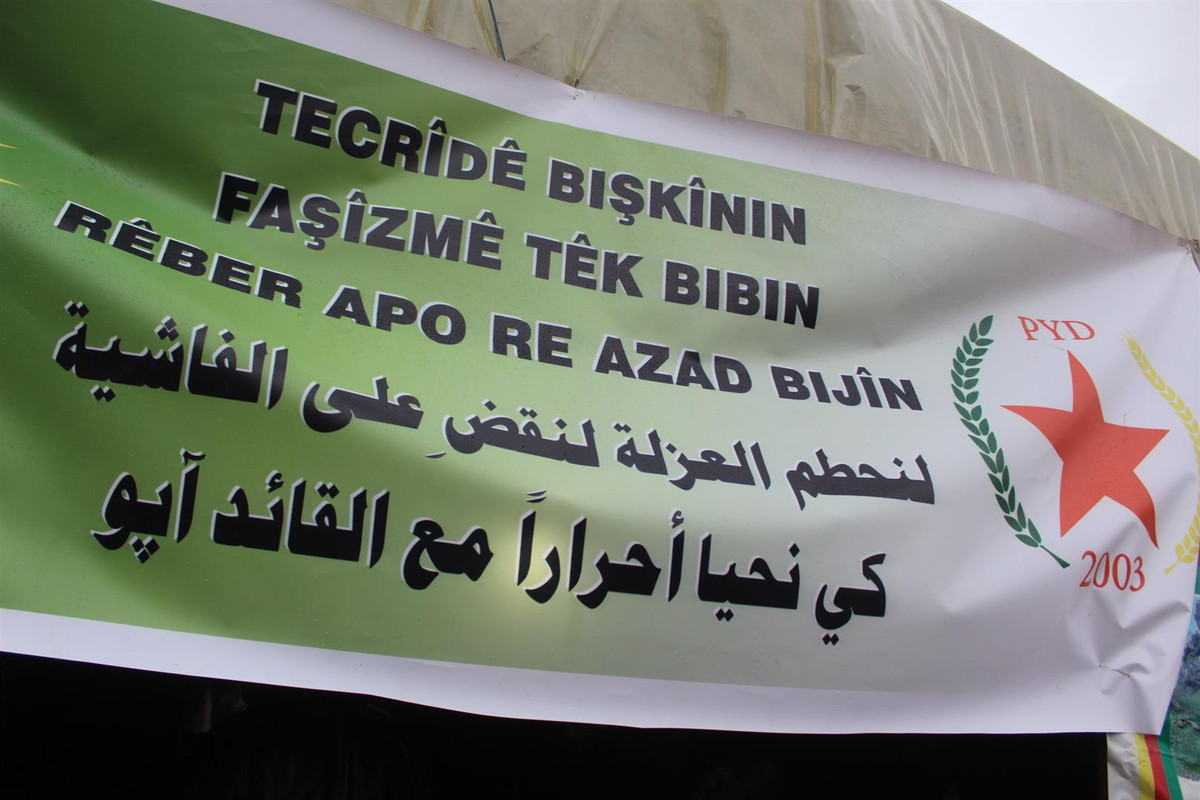 PYD Çilaxa district executive member, Abdulselam Ebas, who is among the hunger strikers, underlined that everyone should follow the example of Leyla Güven.

Breaking the isolation imposed on Öcalan

Ebas said at the core of the isolation imposed on Kurdish People’s Leader Abdullah Öcalan was the Turkish state and the sovereign systems policy of extermination and denial against the Kurds.

Kongreya Star, the PYD and Ebas called on all Syrian peoples to unite against the attempts of the occupying Turkish state to destroy the achievements reached by the people of Northern and Eastern Syria. 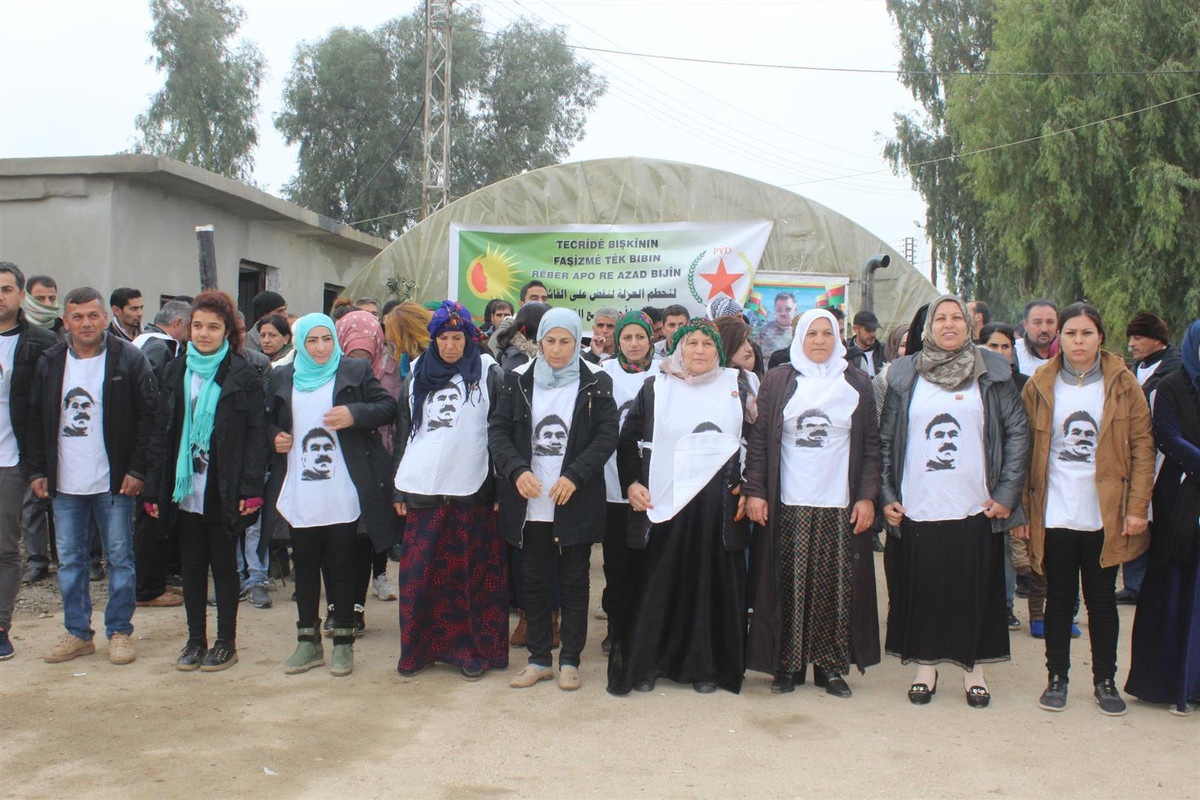 Indicating that the occupiers aim at breaking the will of the Kurdish people by imposing a regime of total isolation on Öcalan, Ebas called on Kurds everywhere to raise the struggle for Öcalan’s freedom.

On the other hand, Ebas said that they want to send a message to all international institutions, including the United Nations and the European Union, to state clearly their position on the policies of the occupying Turkish state and to take a stance against the isolation imposed on Öcalan. 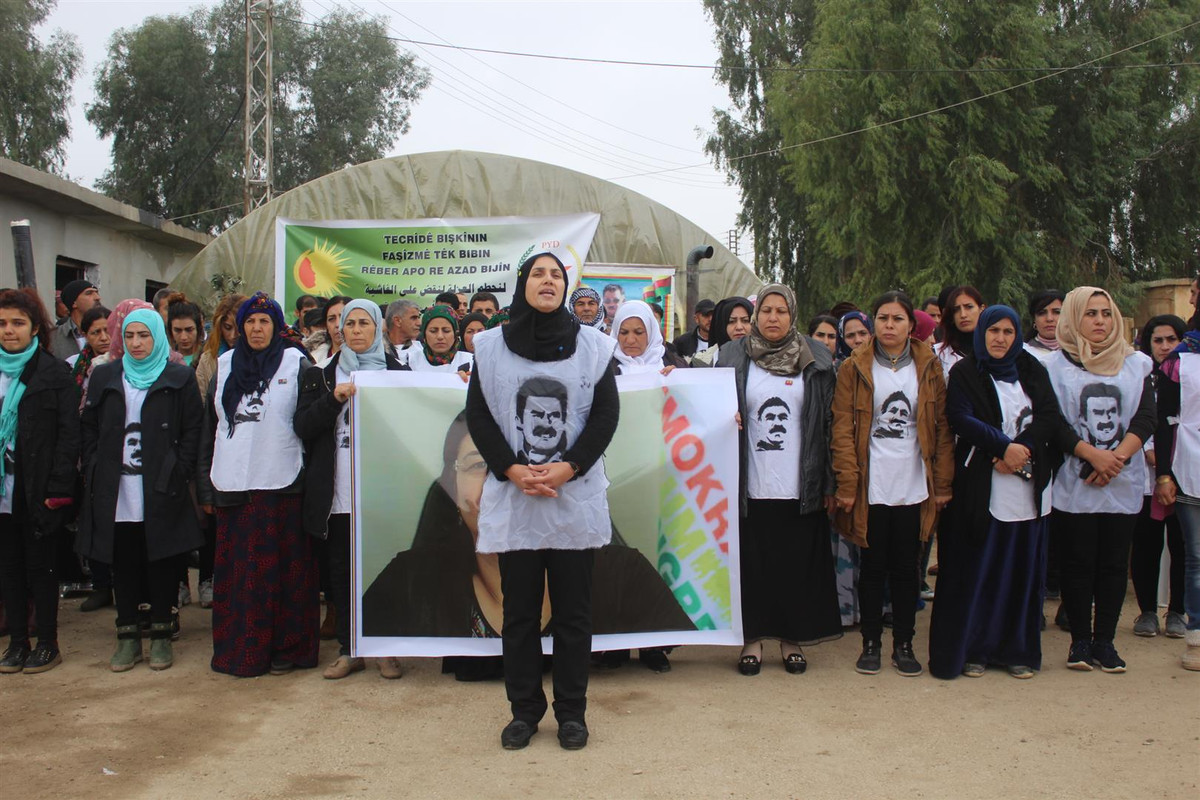 ‘They will never break our will’

Ayhan Murad added that Öcalan’s paradigms and thoughts are spreading all over the world. “No matter how much the Turkish state intensifies isolation, it will never break our will. We will fight for the freedom of our Leader until the end.”

The solidarity hunger strike in Çilaxa will last two days.